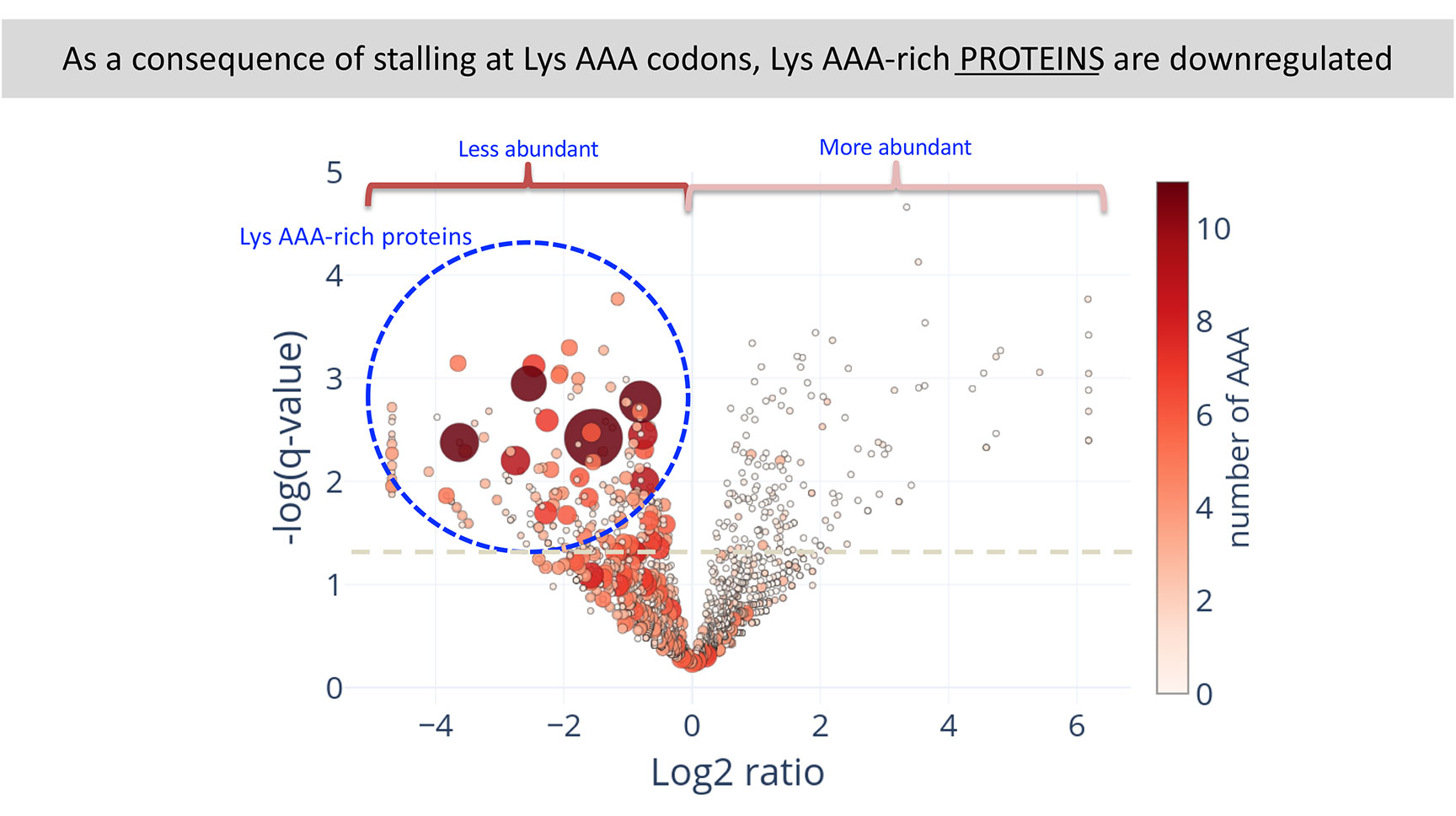 Valdir discovered that a single toxin does not slow M. tuberculosis growth by simply inhibiting protein synthesis. Instead, it reprograms M. tuberculosis cells by a novel mechanism. It first reduces the level of a SINGLE rare tRNA species, this leads to ribosome stalling at the mRNA codon requiring the depleted tRNA, which in turn reduces synthesis of protein from this mRNA. Overall, a striking reduction of proteins requiring this tRNA (as shown by the wide, dark maroon dots on the volcano plot). Cool, eh?